COVID-19 Updates: Read more about our safety rules and precautions

COVID-19 Updates: Read more about our safety rules and precautions

In November 2021, Nieuport Aviation and PortsToronto commissioned a survey of residents of downtown Toronto – living in the Waterfront, Old Toronto, and York/East York neighborhoods - on public perceptions and attitudes towards YTZ.

• 85% agree that is an economic benefit for the city and local communities.

• 2 out of 3 Torontonians surveyed have flown out of Billy Bishop Airport.

• 42% of Torontonians who fly from YTZ use it for both business and pleasure travel.

• Support for a US preclearance facility is high (85%).

The poll surveyed 1,200 Toronto residents to capture perceptions and usage of BillyBishop Airport (“YTZ”) among Torontonians, as well as attitudes towards the addition of a preclearance facility.

66% of Torontonians have previously flown out of YTZ, including 73% of Waterfront Toronto residents, for an average of 3+ flights per person. When asked why they chose the airport, half (49%) of passengers specified convenience and ease of access as their main reasons, especially for its proximity to downtown and the quick boarding process.

It’s not just for work – 42% of residents surveyed who use the airport have used it for both business and pleasure travel.
‍

96% of Torontonians believe that the presence of the airport promotes economic growth for Toronto, and 93% say it benefits travelers. Among Waterfront Toronto residents, those who live closest to the airport are more likely to describe the airport as a good neighbour (74%).

More than 8 in 10 Torontonians (85%) are supportive of the introduction of a U.S. preclearance facility at YTZ, agreeing that willbring considerable benefits to passengers and the local economy.

New Restaurants and Shopping Take-Off
Launching today and throughout next week, passengers travelling through Billy Bishop Airport will now have a range of high-quality food, beverage and shopping experiences to enjoy in the newly renovated airport lounges. Passengers can experience locally-inspired flavours and products in three new restaurants and three new retail stores that will be located in the domestic and transborder lounges.
April 13, 2021

Elevating the Passenger Experience
Billy Bishop Toronto City Airport is consistently recognized as one of the best airports in North America, and represents critical infrastructure for the city of Toronto and surrounding region. Nieuport Aviation Infrastructure Partners, owner and operator of the passenger terminal, is pleased to be diversifying and further improving the terminal’s…
April 13, 2021

Representing Canada in World-Class Travel
Billy Bishop Toronto City Airport was again named one of the top airports in the world by the Condé Nast Traveler 2017 Readers’ Choice Awards for the second consecutive year. Billy Bishop Airport proves that while Canada’s numerous airports and appeal as a travel destination helps make us competitive, it…
April 13, 2021
Related News 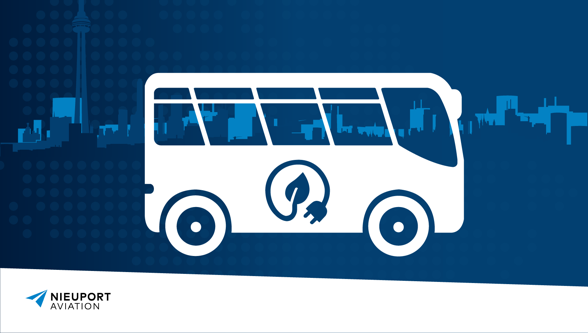 Electric Shuttle Buses Coming to Toronto City Airport in 2023
Nieuport is pleased to announce that in 2023, the iconic shuttle bus service connecting Billy Bishop Toronto City Airport to the heart of downtown Toronto will become cleaner, greener and quieter. Nieuport will be replacing the current diesel shuttle bus fleet with a fleet of electric shuttle buses. This electrification initiative will provide an upgraded, more sustainable transportation option for passengers and staff while reducing the carbon footprint of our operations in our community. A significant investment, this initiative is an important step forward in our goal of delivering a brighter and more sustainable future for our airport terminal and neighbouring communities.
June 23, 2022 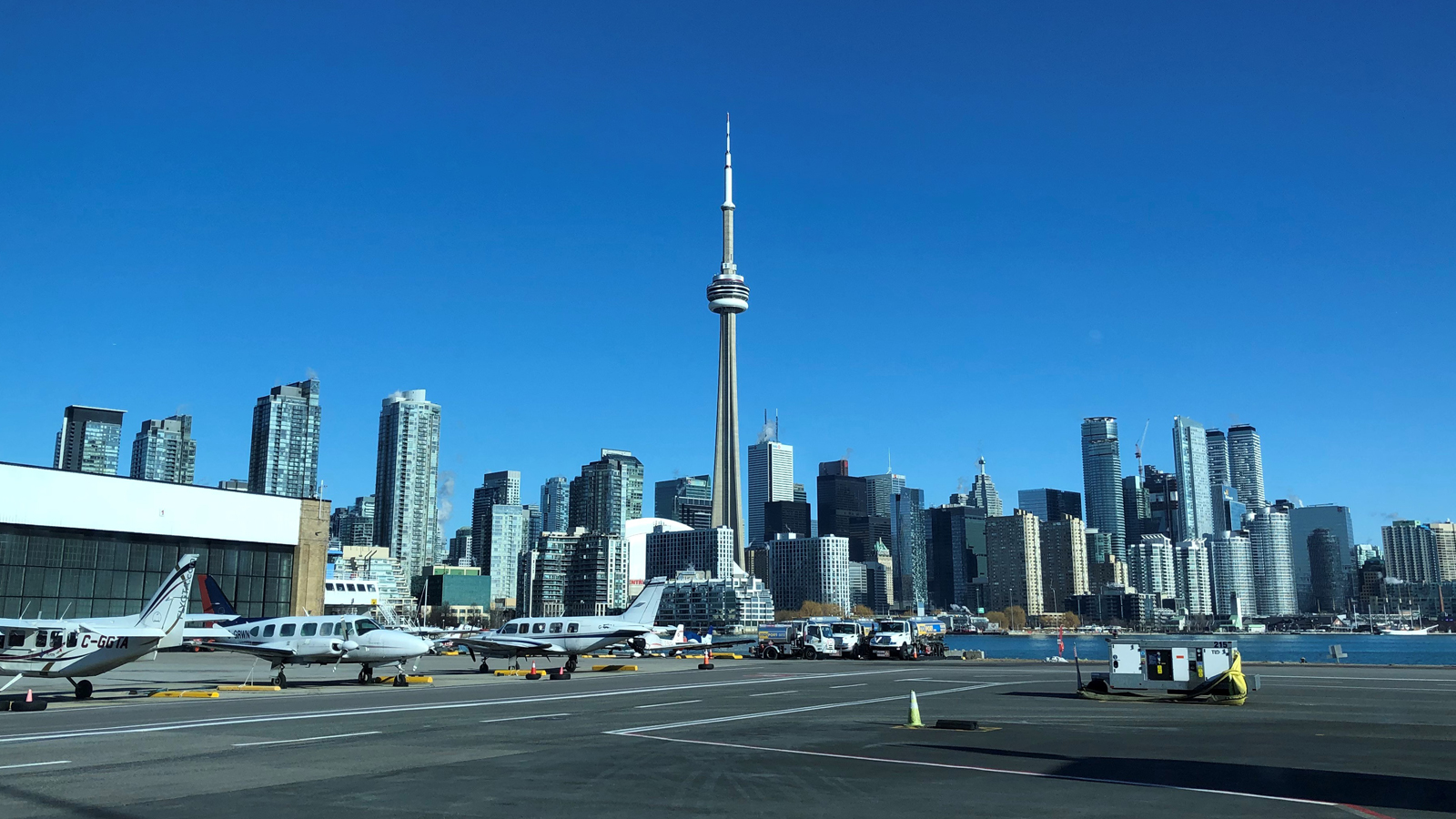 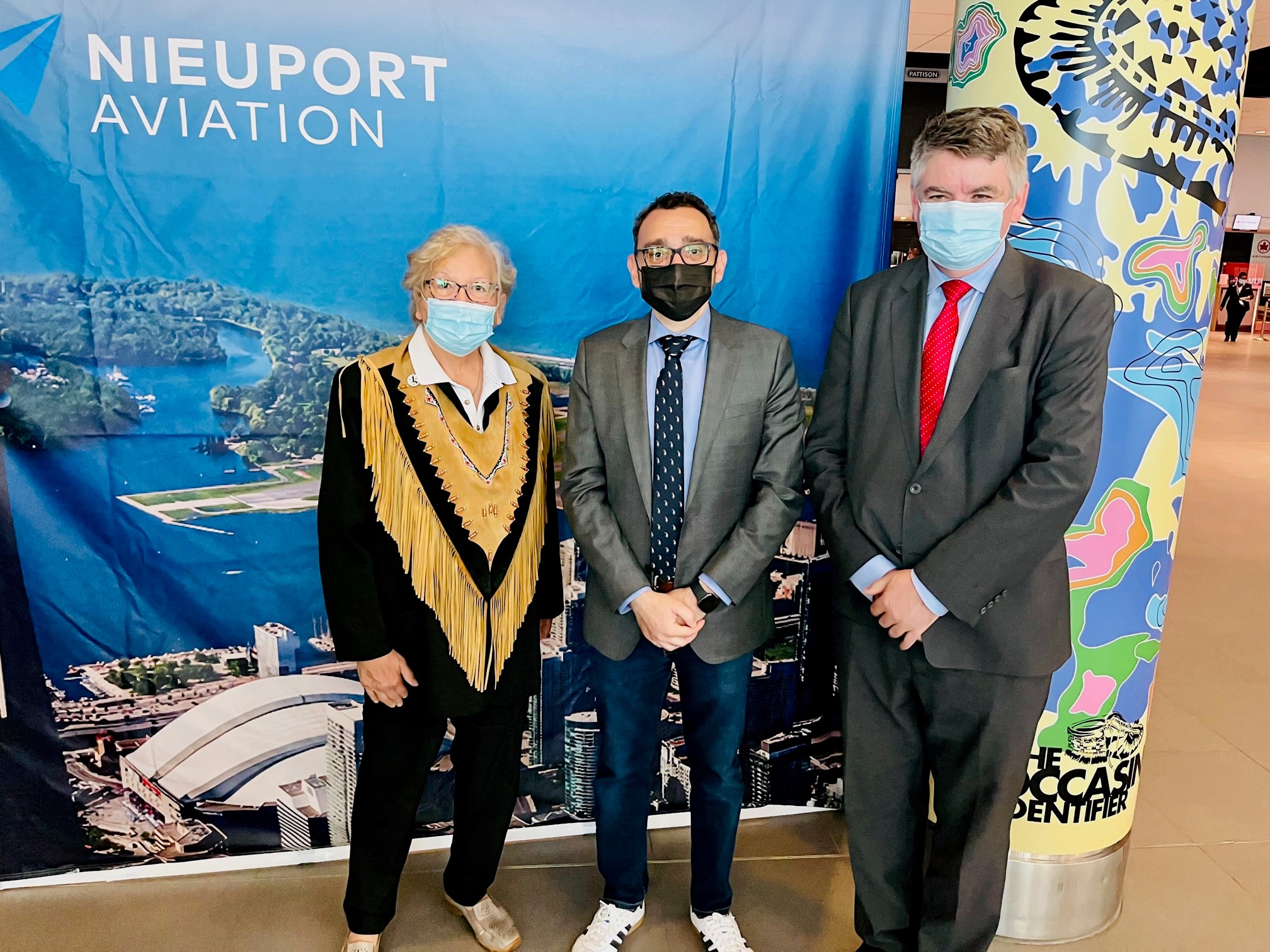